The following interview was featured on 27th July 2015 in www.sawdust.online on the challenges of mud architecture in India.

When did you build your first earth building, and could you describe some of its features?

I built my first earth building at the Auroville Earth Institute (www.earth-auroville.com) in Auroville, Tamil Nadu in 2011. I was training as an architect there and was involved in a housing project called Realization. It was built with compressed stabilized earth blocks (CSEB) using the indigenously developed AURAM press under the leadership of French architect Satrpem Maini. That was my first exposure to this multi-dimensional building material and it has continued to intrigue me since.

What are some of the inspirations that steered you in this direction?

Actually, it was the lack of visible inspirations that got me into this. Growing up in Mumbai, experiencing its pitfalls as a megacity and a continuous degradation of human dignity on a daily basis was troubling for me. There had to be a solution, an alternative to this madness and that quest drove me to Auroville and from there on to Himachal Pradesh to the door steps of octogenarian artist Didi Contractor. She was my real inspiration!

What is an interesting recent project that you’ve been working on?

I am just in the final stages of finishing a community centre in rural Uttar Pradesh for an organization called Anubhuti Sewa Samiti. It is a 6500 sq.ft built space made completely with un-stabilized adobe-sun dried mud bricks, eucalyptus beams, traditional techniques of arches and vaults by incorporating the skills of the local indigenous craftsmen. Initially, it was a challenge to garner support of the local community for a project like this and there were times when I doubted if we could actually do this! But after 20 months of trust building, interactions and building a consensus, I can safely say that the community and the organization here are proud of this building. They have accepted this as their own.

How would you characterize the green building movement in India, in terms of past and recent developments, and in comparison to North America or Europe?

It’s a buzz word and a phase that will pass. It is common sense that buildings should be built in tune with the environment. That is how traditionally we have built all over the world. One doesn’t need a separate branch of architecture to define it. The contemporary green building movement is technology-oriented and dependent! One must question who the real beneficiary is. Unfortunately, this technological pursuit of green buildings, often results in soulless buildings that stick out like a sore thumb. They simply do not fit into the landscape and merely check boxes for various certifications and awards.

Developed states like Europe and North America have a very small labour pool and hence have to rely on technology to further their building needs. In India, its foolish to adopt the same ideology, as we have a huge grass root base of labour, skilled and otherwise who need to be employed. It is imperative that we adopt the right methods of building; especially in rural areas to create more jobs for local people.

Why do you think earth-based building is important in urban settings? Does incorporating earth into the building process significantly help to reduce the ecological footprint of a house?

As a basic principle, earth as a building material has the least ecological foot print as it is found almost everywhere. So when building in rural areas, it makes most sense to use the indigenous building techniques of the region and mostly they are with mud. Only techniques might differ from place to place.

In urban settings, earth will have to be got from the hinterland like any other material. It will still have the lowest ecological footprint since you do not need to produce earth. One can build ground+4 structures in these areas by stabilizing earth with cement. This helps in increasing its compressive strength thereby having thinner walls leaving more carpet area space. But there is very thin line when building with earth in cities. One should be careful it doesn’t become a fad and is used very contextually.

The Future IS Mud: Earth Architecture in few places – is India too in it?

Earth buildings have existed in India like the rest of the world since ages. Even today one just has to step a few kilometers outside a city to experience its splendor. People are still building with this simple material in our villages. It is the need of the hour for us trained architects to go into these areas and understand, learn and imbibe the ideas, philosophies and techniques with which our indigenous people build. What happens usually is that we go in there and we teach them how to build with cement and steel. The idea of superimposing a 150 year old building system (RCC) over a few thousand year old system (earth) is simply ludicrous!

What is needed is to learn from the locals, understand the building system – its drawbacks and its advantages, and then breathe into it a breath of contemporariness to be then used contextually. Then, and truly then can we see earth building reach its true potential in India. 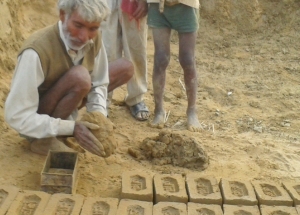 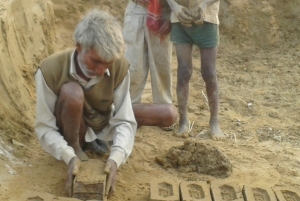 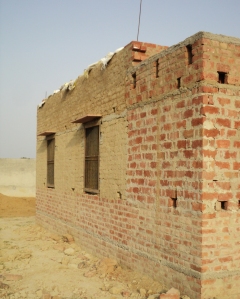 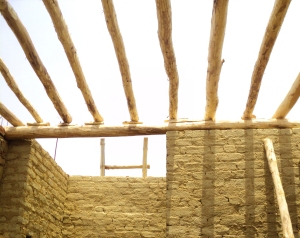